Since we started, we have presented over 70 full length plays, 50 One Act plays, 7 Musicals, 3 Music Halls, 5 Pantomimes as well as raising over £35,000 for local charities

Cookies may be used on this site to enhance your experience.

Want to stay up to date with our upcoming productions?

On Scarborough Front (OSF) was our entry to the All England Theatre Festival 2021. OSF premiered at the Avon and Bristol Short Play Festival in Iron Acton. Prepared, rehearsed and performed under Covid restrictions and rules the resulting superb piece of theatre was a testament to all involved.

We had a fantastic result at the Festival winning:

As the overall Avon and Bristol winner OSF proceeded to the Western Area Finals at The Merlin Theatre, Frome.

At those final’s OSF did not quite top the adjudicator’s scores, coming a close second by a wafer thin margin - but received a glowing adjudication and comments. OSF's quality was underlined by its winning the final's Denis Dunford Award for Best Stage Presentation - a fittingly inclusive award for such a great team effort.

Plans are in hand to present OSF to a wider audience at St Alban’s Church Hall during the autumn of 2021. 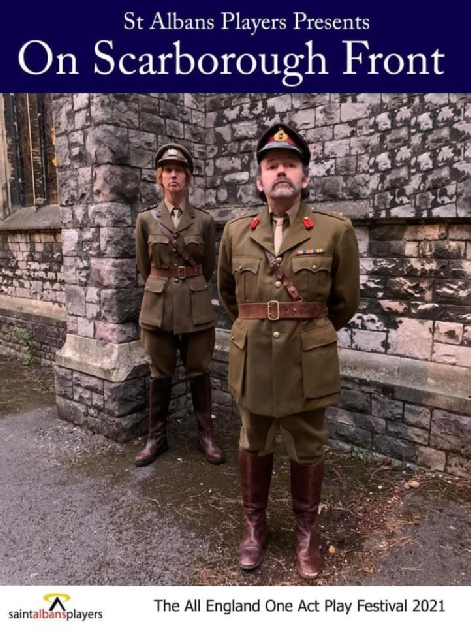